“Projecting Confidence: How the Probabilistic Horse Race Confuses and Demobilizes the Public”

Horse race coverage in American elections has shifted focus from late-breaking polls to sophisticated forecasts that emphasize candidates’ probability of victory. While these probabilistic forecasts may be more accurate than any individual poll, humans are notoriously bad at understanding probabilities. This talk will seek to understand the implications for probabilistic forecasts for political behavior. After demonstrating the prominence of probabilistic forecasts in election coverage, experiments will be presented to show that the public has difficulty reasoning about the probability of a candidate’s victory. Critically, when one candidate is ahead, win-probabilities convey substantially more confidence that she will win compared to vote share estimates. Even more importantly, this talk will show that these impressions of probabilistic forecasts cause people not to vote in a behavioral game that simulates elections. The magnitude of these findings suggests that probabilistic horse race coverage can confuse and demobilize the public, suggesting implications for how journalists use and present forecasts in the media. 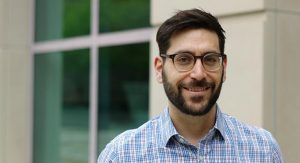 Yphtach Lelkes is an Assistant Professor at  the Annenberg School for Communication, University of Pennsylvania. His main focus is on the role of the political information environment in structuring attitudes, with a special interest in the proliferation of digital media. He has also written extensively on affective polarization, or the increasing hostility between Democrats and Republicans. Before joining the University of Pennsylvania, he was faculty at the Amsterdam School of Communication Research. He received his Ph.D. from Stanford University. His research has appeared or is forthcoming in various journals across disciplines, including the American Journal of Political Science, PNAS, the Journal of Politics, the Annual Review of Political Science, and the Journal of Personality and Social Psychology, and has been covered in many news outlets, such as the New York Times, the Washington Post, and the Atlantic.